Autonomous Vehicles and the Legal Obstacles paving the Road (part 1)

What was considered mere science fiction a few decades ago is quickly becoming a tangible reality: self-driving cars have been hailed as a mobility revolution in the making which will potentially improve safety, accessibility and efficiency.

But besides the technology related challenges, many legal and regulatory hurdles will have to be addressed before these ‘smart cars’ hit the roads. Changes to current legal frameworks will be necessary, and assessing the liability mechanisms is indispensable. This blog proposes to drive through the general topics and legal issues that may hamper the sustainable deployment of autonomous vehicles (AVs). 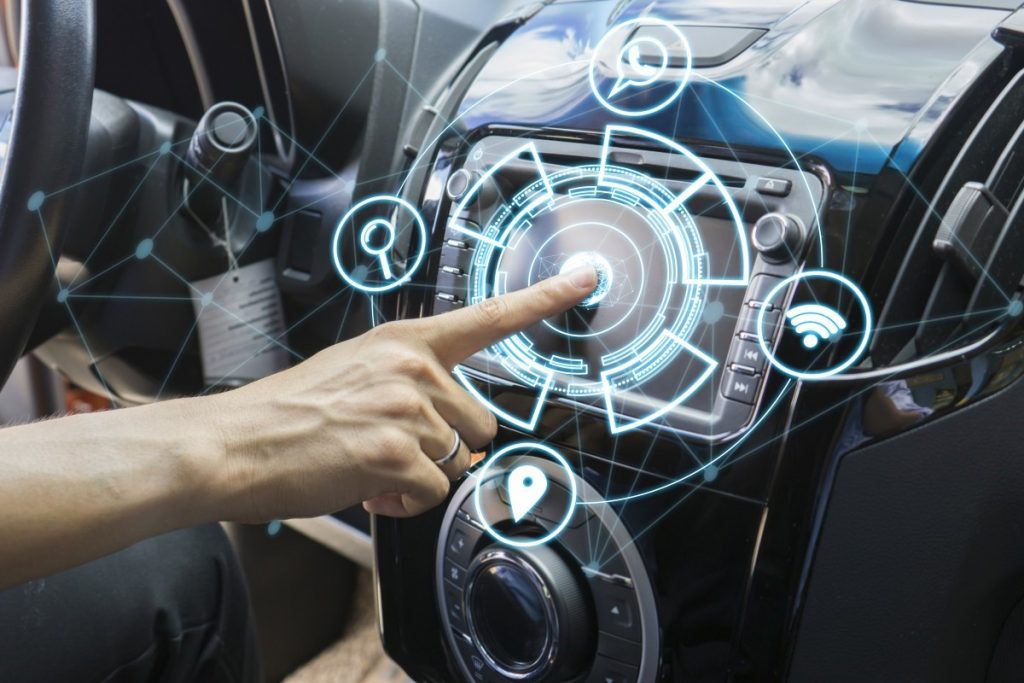 AI and Autonomy: drivers for change and disruption

These past years, phenomenal progress in computer science, coupled with increased computational power and big data, have fostered the development of AI technologies. These set of technological tools have many applications, such as manufacturing, financial services, medicine and transportation. The latter field is probably seen as one of the most tangible case study of AI enabled systems as the general public is familiarizing itself with the prospect of using autonomous vehicles.

It is alleged that the various societal benefits of autonomous systems, namely increased safety, efficiency, and reliability, will revolutionize the way humans move and live. These points are generally leveraged as key arguments in favor of adopting and deploying such novel technologies.

But as with many revolutions, disruption lurks behind the turn. Though technological disruption may in fine foster positive changes, it also raises various challenges that will have to be addressed if society wants these new vehicles to hit the roads. Indeed, such highly complex and dynamic artefacts carry the potential to shake many fields of society. One of the focal points of disruption is the foreseen disappearance of the onboard driver (I). This has many questioning whether current legal frameworks will be able to cope with this anticipated future (II). In that regard, policymakers have started to launch various legislative initiatives in order to allow for testing and eventually amend road traffic rules (III). However, many other legal and regulatory issues will have to be addressed.

I. Is there still a ‘driver’ onboard? Autonomy and the control shift paradigm 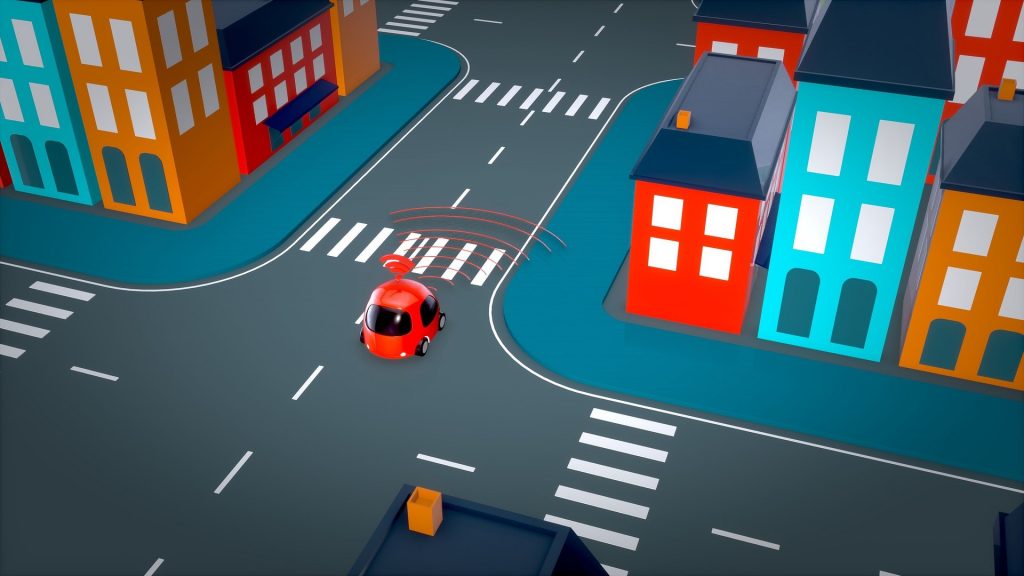 From Automation to Autonomy

‘Automation’ and ‘autonomy’ are terms which are often mistaken for one-another. While ‘automation’ refers to systems that have the ability to execute certain tasks usually under the input and supervision of a human operator, ‘autonomy’ refers to the capacity of a system to take decisions and execute them with few if any human input and/or supervision.

Current vehicles embed some level of automation, notably through park assist and lane keeping features. However, developments in AI, machine learning and big data, have opened the path to highly automated and, eventually, autonomous driving systems.

But we probably won’t be seeing fully autonomous cars roaming our roads straight away. Although it does not use the term autonomy, the SAE taxonomy is the most commonly referred to scale. It identifies 6 levels ranging from no automation (level 0) to full ‘automation’ (level 5). Partially autonomous (level 3) vehicles may be introduced before highly to fully autonomous cars (level 4 and level 5) are deployed. As vehicles will become increasingly automated, more and more tasks will be delegated to the machine itself.

While automated and partially autonomous systems (up to level 3) still empower the human operator with some driving and/or oversight responsibilities, highly to fully autonomous technologies (levels 4 and 5) will eventually discharge the human from most driving tasks, if not all. This shift from human to machine decision making and control will inevitably water down the driver’s function and very existence.

Some have justifiably foreseen the disappearance of the driver which would become a simple passenger, or more generically speaking, a ‘user’. In that respect, many questions arise. For instance, will the human operator still have the capacity to regain control of the vehicle (should there be a failure)? If yes, would this qualify him as a ‘driver’? Could AI enabled software one day be assimilated to a ‘cyber driver’? If yes, would this suppose we give some kind of legal status to the vehicle? Would this even be relevant or pure legal overstretching?

All these questions have practical legal implications that will have to be assessed and answered. The mere ‘legality’ of putting such vehicles on public roads is an essential question that legislators and policymakers will have to tackle.

As a result of being ‘driver centric’, current legal and regulatory frameworks do not clearly permit self-driving vehicles to circulate on public roads, at least fully autonomous cars.

At the international level, the 1949 Geneva Convention and 1968 Vienna Convention, both on Road Traffic, set a number of rules that contracting states must enforce. The latter treaty has been signed and ratified by most European countries. It notably requires that a vehicle have a driver that controls the car at all times.

Although this treaty was amended in 2016 in order to accommodate some automated driving features, it does not seem fit for fully autonomous cars. Indeed, its new provisions states that vehicles that embed systems “which influence the way vehicles are driven [not a very clearly defined notion] shall be deemed to be in conformity” with the aforementioned driver requirement if they abide to international technical norms/rules or if these systems can be “overridden or switched off by the driver”. These requirements therefore continue to put a strong onus on the ‘driver’ seen as a safety fall back element should the onboard computer fail or is unable to deal with a certain driving situation.

If these provisions could possibly apply up to level 3 vehicles, they seem incompatible with the deployment of level 5 (and even level 4) autonomous cars where identifying a driver will be made difficult, if not impossible.

At a national level, many of the Vienna Convention’s principals have been incorporated into contracting States internal law. For instance, in France the Road Traffic Code (“Code de la route”), transposing art. 8 of the Vienna Convention, clearly requires a driver. This effectively prohibits fully ‘driverless’ cars from circulating on public roads.

Furthermore, current road traffic rules will also need to be adapted in order to allow the deployment of autonomous vehicles. For example, the aforementioned Traffic Code edicts various provisions which indebt the driver with a plethora of obligations. With most driving tasks being transferred to the onboard computer, many of these provisions will become irrelevant or will need to be amended. Moreover, questions as to the training and licensing of autonomous vehicle ‘users’ will also have to be addressed. Finally, regulating the interaction between traditional road users and new autonomous vehicle operators will be a tricky yet necessary endeavor.

III. What are the next steps? Legal initiatives for testing and normative adaptations 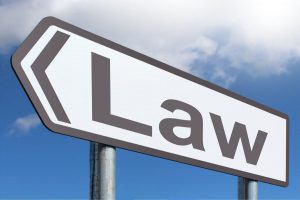 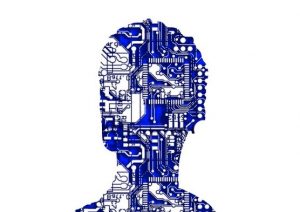 Several countries have launched legislative initiatives in order to authorize the experimentation of autonomous cars. This allows manufacturers to test their vehicles without having to fully comply with the standard legal frameworks which would be impossible for reasons explained above. Such experimental legislation usually establishes a scope for testing (is it carried out on dedicated test roads? Or in a controlled urban environment? etc.), dictates rules and procedures with regard to prior administrative authorizations and delineates responsibilities.

At an international level, some States, such as France, have pushed for further amending the 1968 Vienna Convention which would allegedly allow some autonomous cars.

At a national level, some countries such as Germany and France are going one step further by preparing to introduce overhaul changes to their road traffic rules in order to accommodate autonomous vehicles. In France, a proposed new text, currently under discussion in Parliament, is expected to allow the government to reform the French Road Traffic Code via ordonnance.

However, there is a clear risk of legal fragmentation in Europe as every country may adopt its own binding frameworks. Harmonization at a European level may be pondered as a useful unifying avenue.

Notwithstanding these issues, many other legal and regulatory topics will have to be dealt with. For instance, new vehicle technical (safety) standards will have to be adopted, preferably at an international level, and the European type approval process (or certification) of autonomous vehicles may have to evolve due to the dynamic nature of such mobility systems. Cyber-security and interoperability issues are other hot topics.

Liability is also an important source of concern. What happens when an accident occurs? Who will be held legally responsible for damages caused to victims ? Does the self-driving car’s features blur the attribution of liability? If yes, how? Are current liability mechanisms sufficiently equipped? Do they effectively provide for a balanced and fair allocation of liability costs?

Many questions that have yet few definitive answers. Our next blog will further explore these topics.

About the Author: Orian Dheu 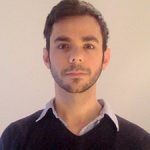 Orian studied his bachelor’s degree at Paris 1 Panthéon-Sorbonne University and then graduated with a Master’s degree in Air Law and Management from Aix-Marseille University in France. After university, he worked for almost three years at the French Civil Aviation Administration in Paris where he was in charge of studying different regulatory and legal issues in general aviation. Orian’s main areas of interest are Air Law, Transportation Law, and ICT Law.