Over the past few months, ESR12 Tianlei Miao has been doing his secondment at MARIN working with part of the Performance at Sea group. He implemented his proposed collision avoidance algorithm for autonomous surface vessels in the navigation stack of the Robot Operation System (ROS) with the help of Bas de Kruif, Arjan Lamaker, and Giorgio Iavicoli. Now he has successfully finished this secondment. 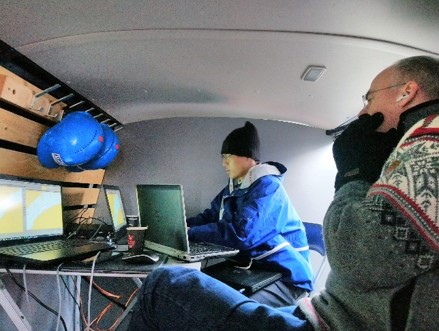 The navigation stack with CA algorithm determines how the ship should move. It was first tested in the simulator Dolphin at MARIN, and then a real-ship experiment was carried out at Wageningen’s harbor. Before this secondment, the ship was simply used to navigate from waypoint to waypoint. Now, however, it is also checked whether there is anything on the route between these waypoints, and a new set of waypoints is determined using a hybrid method with the improved A* algorithm to avoid a collision. This makes it possible to avoid known static and moving objects. 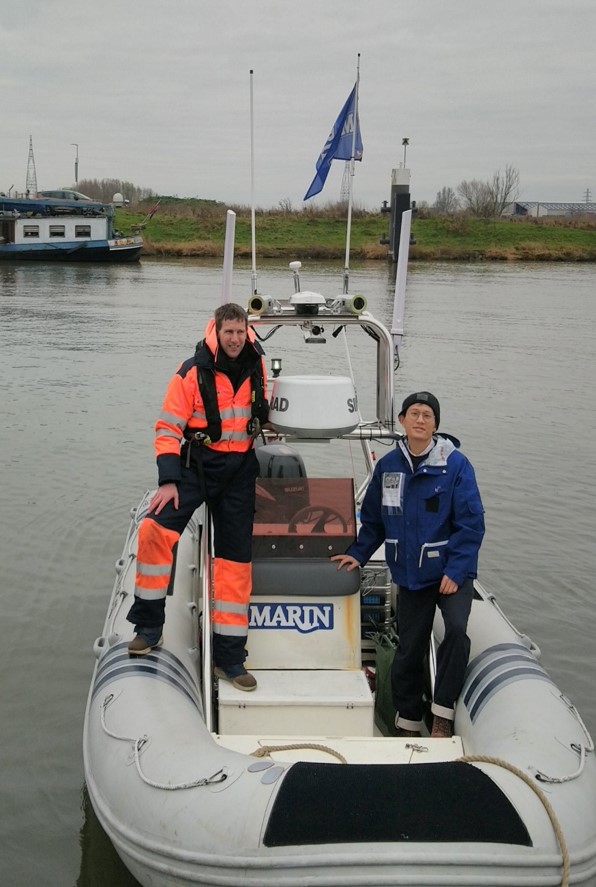